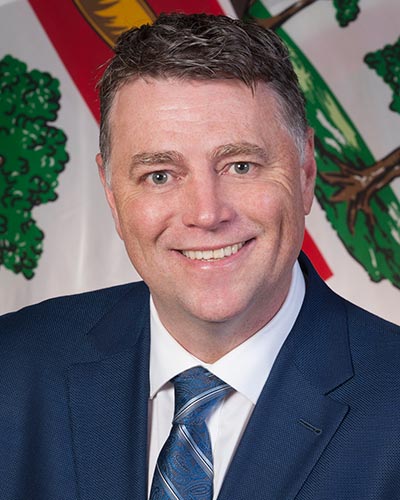 Dennis King grew up in Georgetown, graduating from Montague Regional High School in 1990. After studying journalism in Ontario, he returned to PEI knowing that he wanted to live, work and raise a family here. His first full-time job was as a reporter with the Eastern Graphic and then moved on to be the editor of the Island Farmer and Atlantic Fish Farming publications, earning several awards for his journalism.

Dennis later joined the government, working in communications and eventually serving as Director of Communications for Premier Pat Binns. During those years, he gained a keen insight into how government operates and impacts people’s lives. He later worked as Director of Communications and Business Development with the Mi’kmaq Confederacy of Prince Edward Island and as Executive Director of the PEI Seafood Processors Association. In 2013, he embraced entrepreneurship, starting his own communications business. He later joined forces with public affairs company M5, providing strategic advice to a range of clients.

Dennis and his wife Jana are proud parents of Jacob, Camdyn, and Callum and live in Brookfield.