2016 Recipients of the Medal of Merit 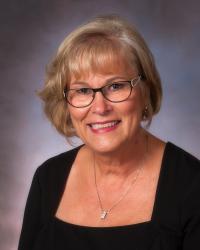 Carolyn Bateman is an outstanding contributor for the improvement of her Island community and an exceptional leader and advocate for hundreds of Island families.

For more than two decades, Carolyn Bateman has been raising awareness and advocating for the treatment and education of children with autism. Her dedication to this cause stems from a very personal connection with the disorder. Her son was diagnosed with autism in 1986, at the age of four. He is now a young man is successfully working toward a business certificate at UPEI and coping positively with his severe autism. While Ms. Bateman has tirelessly sought the best treatments and education for her non-verbal son, she has also focused her attention on helping other families impacted by autism in her community and beyond.

Carolyn Bateman is co-founder and past president of the Autism Society of Prince Edward Island. In 2002, she also co-founded the Stars for Life Foundation for Young Adults with Autism, where she continues to serve as President. Thanks to her leadership and dedication, the Foundation has raised $1.2 million to build the first home and resource centre for autism on PEI in 2011.

Ms. Bateman’s extensive efforts have earned her numerous awards including: Volunteer of the Year Award, the Rotary Paul Harris Fellow Award, first recipient of the Joan teRaa Memorial Award, Humanitarian Award from the Red Cross, and in 2012, was presented with Diamond Jubilee Medal for her tremendous efforts to help Islanders affected by autism. The impact of Carolyn Bateman’s efforts will continue to expand for many years to come. She clearly embodies the ideals for which the Order of Prince Edward Island was established to acknowledge.

In 2012, Dr. Dagny Dryer was honoured by the Canadian Cancer Society’s National Award for Excellence in Medicine and Health in recognition of her “outstanding contribution to advancing the Canadian Cancer Society’s mission of reducing the burden of cancer in Canada.” This prestigious award is given to only one person in Canada each year. Dr. Dryer has transformed cancer care and treatment in Prince Edward Island over the past 30 years with humanity and humility.

Dr. Dagny Dryer came to Prince Edward Island in 1981 as the province’s first medical oncologist and is highly respected in her fiel d well beyond our borders. Her primary focus has been in the management of cancer patients through the whole spectrum of diagnosis and treatment, including palliative care. Dr. Dryer’s drive and dedication has seen cancer care go from one receptionist and herself as a department within the Queen Elizabeth Hospital, to the fully equipped PEI Cancer Treatment Centre.

Under Dr. Dryer’s leadership and administration, the PEI Cancer Treatment Centre has led the country in having weekly multidisciplinary rounds. There is a dietician, a spiritual care worker, a social worker and a patient navigator who now assists and guides cancer patients through their cancer journey.

Through excellence in her profession, passion and personal conviction, Dr. Dagny Dryer has helped to build the PEI Cancer Treatment Centre into the reputable institution it is today. Care of patients and their families was of paramount concern for Dr. Dryer, consistently demonstrating sensitive respect her patients at one of the most vulnerable times imaginable. Dr. Dryer has unselfishly served the people of Prince Edward Island and, as a result, is a most deserving inductee to the Order of Prince Edward Island.