2018 Recipients of the Medal of Merit 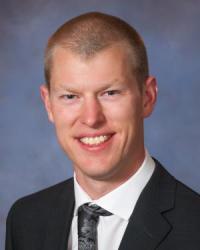 Mark Arendz is a proud Islander and Canadian who takes pride in not allowing his success to define his character. Born in Hartsville, Prince Edward Island, Mark embraces the meaning of community. He may be an eight-time Paralympic medalist, but as a person, he is much more than this.

Mark first developed his sense of community at the age of 7 when he lost his arm in a farming accident. Following amputation and recovery in Halifax, he watched neighbouring farmers, friends, and even strangers come to his family’s aid to allow his loved ones to remain close to him. These acts of kindness left a lasting impact on Mark. Only months after his accident, he became a War Amps Ambassador. This led to a PlaySafe video, showing him performing everyday activities and playing sports.

Mark Arendz is an outstanding role model in a variety of ways. He is a KidSport ambassador for PEI, has travelled to Nicaragua where he helped to build a school after a landslide forced people from their homes and he is counselor with the Celebrate Canada Youth Ambassador Program, just to name a few. Mark receives a sense of personal enjoyment in giving back to the community.

The Order of P.E.I. gives public recognition to individual Islanders whose efforts and accomplishments have been exemplary. Mark Arendz is an outstanding athlete and person. During the 2018 Paralympic Games, he achieved a Canadian single Paralympic Games record of 6 medals, 5 individual and 1 team relay medal, including biathlon gold, silver and bronze and his first cross-country medals. Mark was honoured to be named Canada's flag-bearer for the 2018 Paralympic Games closing ceremony. This honour is not given purely on athletic success, but to those who show great leadership and mentorship abilities.

Mark Arendz is truly an example of a young Islander who is an inspiration to all. He takes pride in being able to share his experiences and motivates others to do things they think may seem impossible. Mark Arendz’ record of achievements is nothing short of remarkable and he is a deserving recipient for the Order of Prince Edward Island. 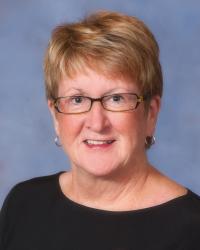 Heather Cutcliffe is an outstanding contributor for the improvement of the Island community and an exceptional leader and advocate in health care rehabilitation medicine.

Throughout her career as an occupational therapist and her volunteer work relating to health and wellness, Heather has been a driving force in developing and implementing better services for patients and families, whether it be for stroke care or those faced with disabilities. She has removed silos between education and health by having a vision that all children in PEI should have access to occupational therapy services and developed a program in Island schools. Heather also played a key role in the Provincial Seating Program; a clinic that provides specialized seating or mobility aids to Islanders with disabilities in order to support their independence and provide them with a better quality of life.

In her community, Heather played a major role in bringing girls hockey to the community of Crapaud and surrounding areas in the 1990’s. She was also a participant in the development of the Actiplex and community wellness centre when the old Crapaud rink collapsed. She has led Sunday school for many years in the Hampton-Victoria United Church and revitalized the Canadian Girls Training program in Tryon. An avid volunteer, she has served for countless years on the board with the Arthritis Society and the Heart and Stroke Foundation just to name a few.

Heather Cutcliffe brings excellence, innovation and outstanding leadership in all that she does whether it be professionally or through her volunteer work. She has been and continues to be a firm advocate for inclusion and a better quality of life for all. Dedicating herself to the people of PEI with the goal of making it a better place, Heather Cutcliffe is very worthy recipient for the 2018 Order of Prince Edward Island. 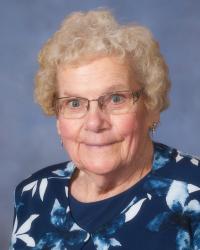 Irene Jewell is the epitome of the Prince Edward Island farmer, entrepreneur and community citizen. Through passion and personal conviction, Irene’s ‘up-to-your-elbows’ approach as an Island farm woman is exemplary. Farm women have been and continue to be the unsung heroes of the industry. The 2001 publication Growing from Strong Roots: PEI Farm Women’s Conference 2000-2001, featured Irene (Chappell) Jewell. One of her favorite sayings about life is “the family that farms together, stays together.”

Irene’s pride was Jewell’s Country Gardens. Opening in 1964, it was a must-see for countless tourists. Irene was a master gardener and her private pleasure was cutting flowers and arranging them into bouquets for her table, for sick and shut-ins in the community and for other special occasions. In 1976, the Gardens, greenhouses and the Jewell home were sold. Irene and Parker turned their attention to supporting their three boys and their mixed farming operations based in York and Covehead.

Through her family, she has received multiple International Grand Champion awards for farm-grown produce since 1980. Whether recognized locally, nationally, or internationally, it was all about the quality of product and presentation from the fruits of the family farm in York. The Jewell family has been celebrated through prize winning produce from Old Home Week to the Royal Agricultural Exhibition and international level red ribbons. Irene had a special skill for identifying and expertly preparing the very best of their potatoes and rutabagas for show and they always impressed.

The world and our Island need farmers, especially family farmers to ensure health and prosperity. Irene Jewell is a family farming inspiration and a pioneer in farm and gardening tourism, always maintaining the highest standards, applying top-notch customer service and a commitment to the highest quality products and community life. Irene Jewell is an Islander who is most worthy of investiture into the 2018 Order of Prince Edward.