2019 Recipients of the Medal of Merit 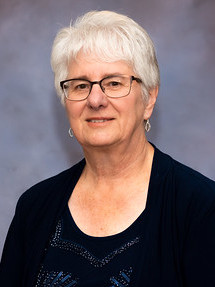 Jeannette Arsenault was born in Abram Village and grew up in a house with 9 siblings, her parents and grandparents. She learned from her mother at a very early age to always give one hundred percent, how to respect everyone, and treat others fairly. This is Jeannette everyday!

Jeannette was the co-founder and owner of the largest gift shop in Atlantic Canada since 1989, Shop and Play, formerly Cavendish Figurines and is still there as the manager. Jeannette has mentored many of her fellow Islanders over the years. She never holds a grudge as she believes that you are much more likely to get the job done if you turn an opponent into an ally. Her attitude is that if you work hard and smart, everything will work out.

Providing over 30 years of service to her community, Jeannette deals fairly and honourably with everyone – acquaintances, customers and staff. When she is in charge, everyone knows that fairness reigns yet she is very modest.

Jeannette is no stranger to receiving awards for her excellent entrepreneurial skills. In 2002, she was the first Islander who was awarded “one of Canada’s most powerful women” by the Women’s Executive Network. In 2013, Jeannette was awarded the Queen’s Jubilee Medal and, in 2017, received the Senate Canada 150 Medal whose criteria are generosity, dedication, volunteerism and hard work to make their communities a better place to live. In 2018, she very proudly received the Lifetime Achievement Award from the Acadian and Francophone Chamber of Commerce.

Jeannette’s community extends to all of Canada. She has held many positions with different organizations and most of them on a volunteer basis. Jeannette’s vast contribution to the business world and in mentoring others is inspirational. Jeannette Arsenault is an energetic community leader, tremendous role model for young girls and women, and represents the Acadian “joie de vivre” in all of her goals and is a very deserving recipient for the 2019 Order of Prince Edward Island. 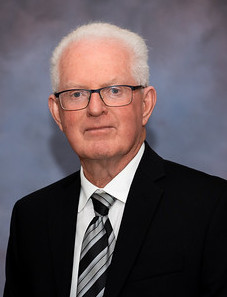 Leo Broderick is a passionate activist for social and environmental justice with a deep understanding of global and local issues. In addition to his distinguished career as an educator, he consistently proves how ordinary citizens can have an influence to make the world a safer, fairer place.

Activists are generally unsung heroes and encourage us to put the common good above our own self-interests. Leo is not afraid to speak out or take a stand on issues. His commitment to these issues was influenced by his exposure to the cooperative movement in Tignish, PEI where he was born in 1945. Leo continually strives to understand and demonstrate the impact of world events on local communities and how this impact on local communities can, in turn have on world issues.

Leo Broderick has been on the Board of Directors for the Council of Canadians, Canada’s leading social action organization with more than 50 chapters across Canada. In 2017, he was elected to the volunteer position as national Chairperson.

Over the years, he has attended several World Trade Organization Summits, World Social Forums, and International events from Cologne, to Seattle, to Hong Kong to Nairobi. In 2001, he attended the Quebec City Peoples Summit with his family protesting globalization, the Free Trade Agreement of the Americas and corporatization and along with many fellow Islanders was tear-gassed.

Leo’s longstanding career was further exemplified with his involvement in the PEI Teacher’s Federation. He served in many capacities including President from 1993-95. In 1994, he was elected Vice-President of the Canadian Teacher’s Federation, the first PEI teacher to serve on the national executive.

Mr. Broderick’s family will tell you that despite his frequent engagement with the wider world, Leo never forgets his roots. His love for this Island keeps him humble, grounded and inspired to work every day to improve life for its people. Leo’s courage, compassion and dedication have indeed changed our Island and the world. Leo Broderick’s influences to work towards making the world more peaceful and sustainable is why he is being named a worthy recipient for the 2019 Order of Prince Edward Island. 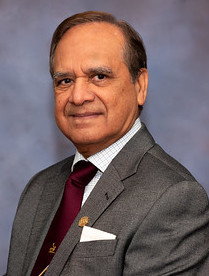 Dr. Najmul H. Chishti is a man of many endeavours and accomplishments. Dr. Chishti is a retired Research Scientist in the advancement of the successful and innovative Diagnostic Chemicals BioVetra. A community leader and the driving force of youth table tennis for over 32 years. Dr. Chishti has been instrumental as the President of the Muslim Society of Prince Edward Island.

Dr. Chishti has involved himself in many community efforts. Some efforts grew out of his children’s schooling such as the Canadian Parents for French, a leader in promoting French language education and others from his own interest in Table Tennis. For over 40 years, he has been a driving force of table tennis on Prince Edward Island in the roles of coach, referee, administrator, and as an international accredited official and he continues to remain active in the sport. As the recipient of many Sport PEI awards, table tennis would probably not have survived in PEI without his efforts and dedication. Beyond PEI, he serves as chairperson for the Member’s Council of Table Tennis Canada and on the board for Table Tennis Canada.

Dr. Chishti has been instrumental in building the first mosque in Charlottetown and his committee fundraised over $800,000 for the project. This also led him to work, along with his wife Farida, in refugee settlement and integrate into their new environment. It is surely a challenging task to accommodate 29 different countries refugees and immigrants when each one has a different cultural experience.

Dr. Najmul Chishti is the recipient of numerous awards including Top 25 Immigrant in recognition of vision, leadership and a positive impact on the maritime community in 2017; the President’s award for Sport PEI for outstanding achievement and promotion of sport among youth; and the Queen's Diamond Jubilee in 2012 for over 30 years of volunteer work. Dr. Chishti continues to be passionate about the Island’s youth, and the continuation of the Island’s cultural heritage and is a most worthy inductee to the 2019 Order of Prince Edward Island.