Members of the Order of PEI

2022 Recipients of the Medal of Merit 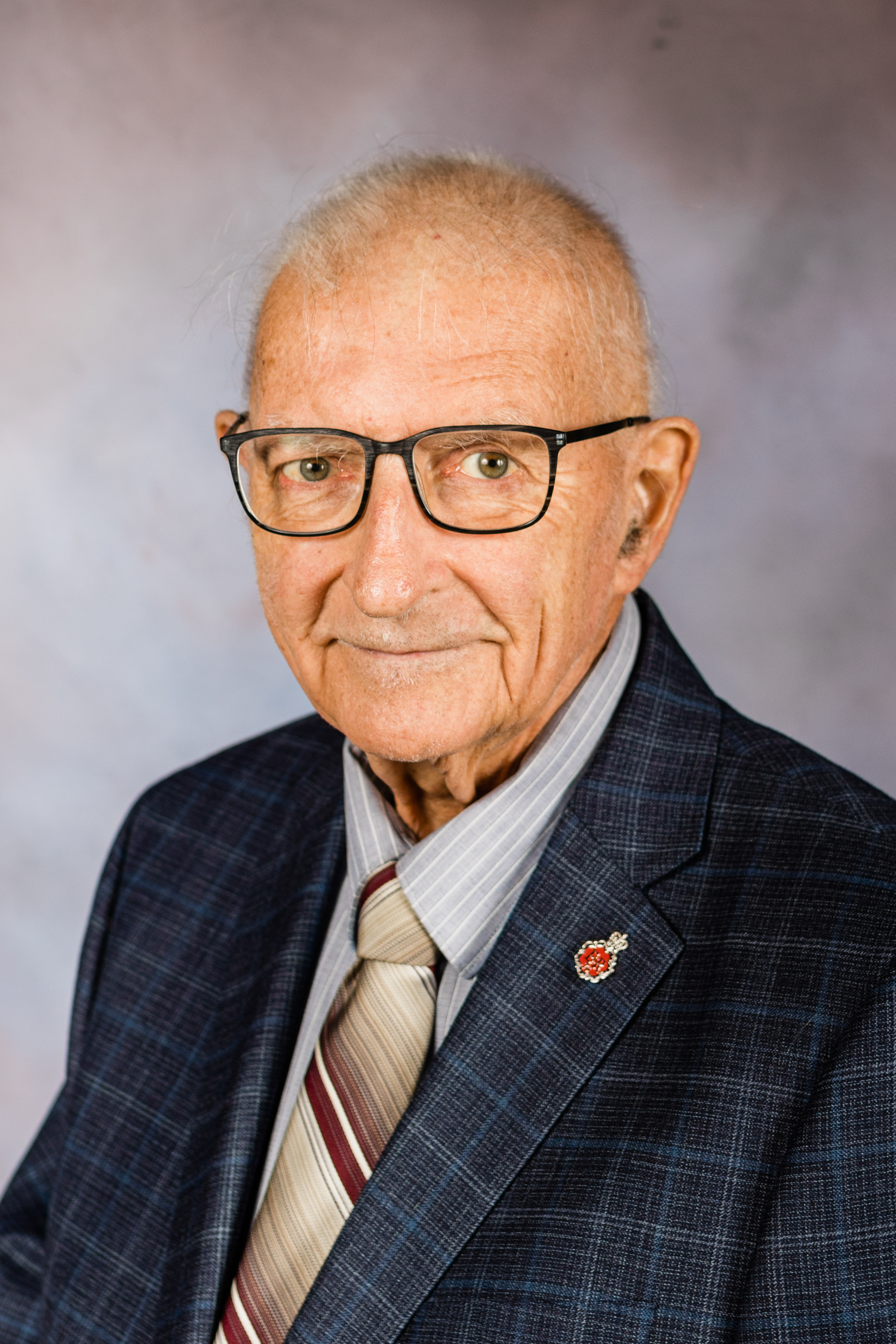 Dr. John Andrew is a fourth-generation resident of East Royalty who has led a distinguished career as a medical physicist in both PEI and Nova Scotia. During his career, he published over 40 research papers, was on the executive of national medical physics organizations for 14 years, rose to the rank of Full Professor at Dalhousie University, and was made a Fellow of the Canadian Organization of Medical Physicists. While a student at university, John Andrew earned a commission as a Sub-Lieutenant in the Canadian Army, and then joined the Canadian Army Militia as a Lieutenant.

Over the years, Dr. Andrew has received many awards, including a Halifax Boy Scout Leader award, and Citizen Recognition Awards from both Halifax and Charlottetown, Heritage, Volunteer and Community in Bloom awards from the City of Charlottetown, a Heritage Activity award from the Province of P.E.I., and a Distinguished Alumni Award from the University of Prince Edward Island. Dr. Andrew and his wife Dr. Christine Andrew were the 2021 recipients of the Hon. J. Angus MacLean Natural Areas Award from Island Nature Trust, for outstanding contributions to natural area conservation.

In 2020, Dr. Andrew was also the recipient of the “Brookie Award” by the Ellen’s Creek Watershed Group for demonstrating commitment and leadership in promoting urban watershed health. The award is named after the “brookie” (an informal name for brook trout) in recognition of the correlation between watershed health and the health of its brook trout population. John was instrumental in returning the creek and the pond to environmental health, which had desperately declined years earlier.

In 2019, John and Christine donated the 6.6-acre Andrew’s Pond North to the City of Charlottetown. Just this past year, the Andrews Mills property was donated to Holland College by John and Christine’s son, Dr. John Alan Andrew, and daughter, Dr. Melissa Andrew. The College will establish the John and Christine Andrew Centre of Excellence in Watershed and Aquifer Management. These 12 acres of land and buildings of environmental and historical significance is the largest single donation ever gifted to Holland College. This property will significantly impact several programs including conservation, environmental, heritage carpentry, and energy while remaining accessible to the public.

The Andrew family have been stewards of the land and water in East Royalty for generations. John brings to his community a strong commitment to the health of individuals, the health of his community, and the health of the environment. He is a very deserving candidate for the 2022 Order of Prince Edward Island. 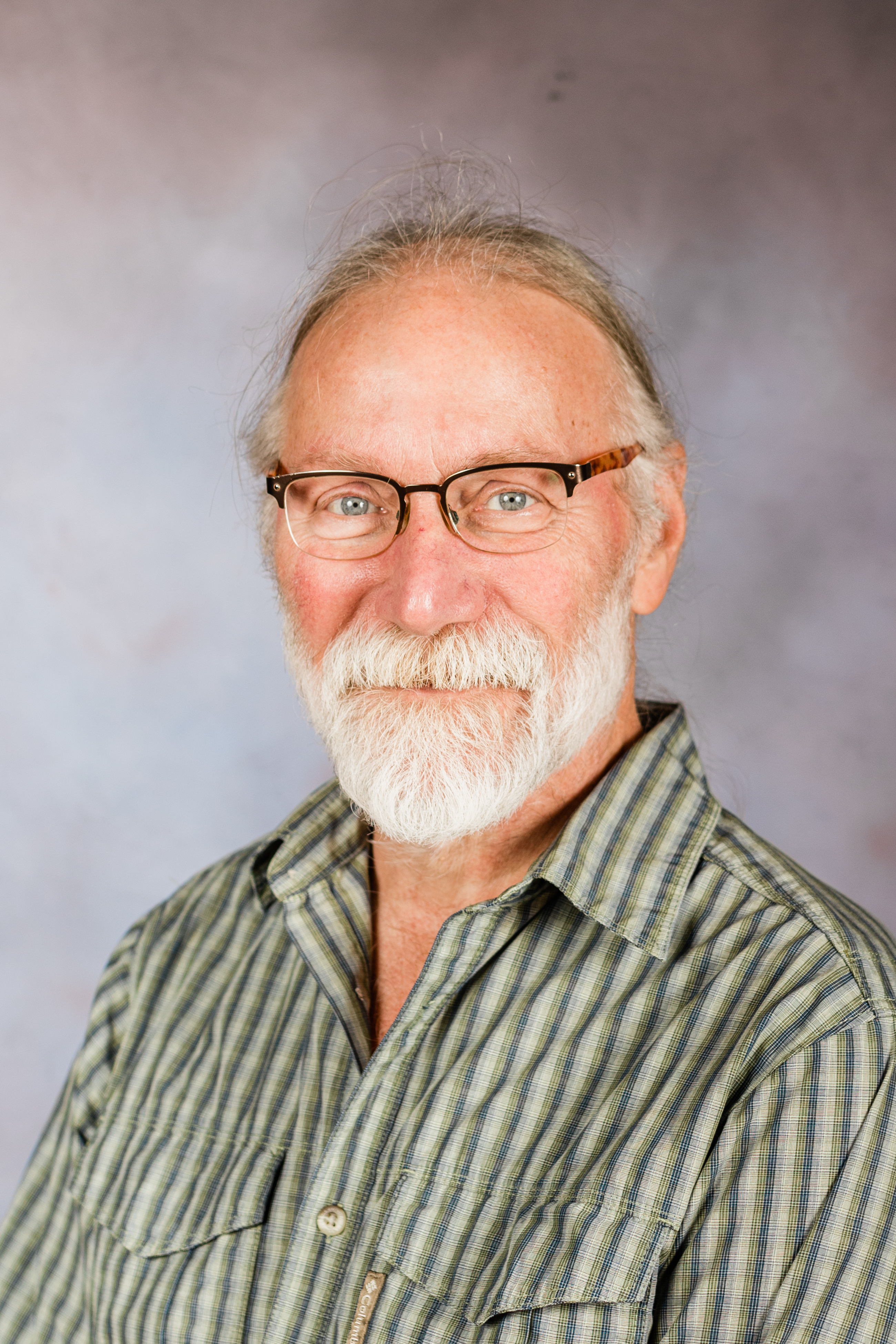 Gary Schneider is one of Prince Edward Island's most respected and committed environmentalists, a champion of biodiversity and a passionate advocate for trees, wildlife habitat, owls and watersheds.

As an agricultural province, P.E.I. has lost 95% of its old-growth forest. For over 30 years, Gary's mission has been to restore the Island's endangered Acadian and old-growth forest habitats. He co-founded the education and advocacy organization the Environmental Coalition of P.E.I. (ECO-PEI), and is the founder of the Macphail Woods Ecological Forestry Project, dedicated to the restoration and propagation of the province's native flora.

Through his advocacy, consultations and management skills, Gary has made forest restoration a provincial priority, with the P.E.I. government renewing in 2017 the 10-year public-land agreement with ECO-PEI. Over 800 hectares of public-forest land will be restored under the new agreement and Gary has worked tirelessly to get the first block of provincial land, ever certified under the Forest Stewardship Council. Along with running educational tours and workshops, Gary developed a forestry-ecology field course for the University of Prince Edward Island, which is now also available at Acadia University in Nova Scotia.

Gary, as the Director of the Macphail Woods Ecological Forestry Project, has been recognized for their innovative approach on several occasions, but most recently winning the 2020 Nature Inspiration Award presented annually by the Canadian Museum of Nature.

But to Gary, accolades mean very little. He measures progress by the receptivity of the government officials, forest technicians and woodlot owners who visit his forests or see him present his methods during conferences.

Macphail Woods has grown from Gary’s vision, infectious enthusiasm and countless hours of dedication and hard work. Under his leadership, and with the support of dedicated staff, Macphail Woods has helped to restore Island ecosystems, educate young and old alike, and inspire many others to fall in love with Island forests.

Gary always speaks the truth when advocating for the environment. His work has and will continue to have a huge benefit for all of us who live on this fragile sandbar called Abegweit. Gary Schneider is an example of service above self and reminds us that we are stewards of this land, and he is a very deserving recipient for the 2022 Order of Prince Edward Island.

Claudette Thériault was born in the Evangeline Area of Prince Edward Island and is a proud Acadian and a distinguished Francophone who exemplifies exceptional leadership in her Island community professionally, and through her volunteer work.

Claudette earned her Bachelor of Business Administration from the Université de Moncton and Master of Administration from the Université Laval and retired after a 32-year career with the Public Service of Canada and the PEI Civil Service. Before her retirement in 2011, she was Director of European Operations for Veterans Affairs Canada in Vimy, France.  Claudette is a motivated manager who has focused on teamwork, with successful work experiences in project management at the provincial, national and international levels. She can motivate a team to achieve objectives while at the same time create a climate of confidence.

Ms. Thériault has received many prestigious awards for her leadership, including the Public Service Award of Excellence, the Canadian Ambassador to France Award and was a recipient of the Deputy Ministers citation for exceptional leadership in the organization of commemorative activities abroad. She was also nominated in 2019 as one of Canada's top 10 influential Francophone.

Claudette is very well known throughout the Acadian and francophone non-profit sector in PEI, and in Canada, and has contributed to all great causes involving her community. She has sat on boards of the Société nationale de l’Acadie and the SAF’ Île (Acadian and francophone association of PEI and has been involved with the Jeux de l’Acadie, and many other organizations. She is presently member of the Games Services Committee for Canada Games 2023.

In 2012, she was a member of the bid committee that prepared a joint submission to host the 2019 Congrès Mondial Acadien in PEI and southeastern New Brunswick. In December 2014, she was named Chair of the 2019 organizing committee, the first woman to hold the position.

Proud of her Acadian origins and gifted in bringing people together, she has brought Acadia along in her heart wherever she goes, whether in Canada or on the international stage. Strongly grounded on solid roots, she has never been afraid to take on all responsibilities. She was project manager for the organization of the major commemoration of the 90th anniversary of the Battle of Vimy Ridge in France, meeting Heads of State, and diplomats from around the world. This Acadian girl from the Island has come a long way and a very deserving recipient for the 2022 Order of Prince Edward Island.