I want to nominate someone. How do I do that?

In the meantime you can find out who is eligible. A nomination form and deadline will follow. Nominations will only be accepted by email or postal mail due to ongoing public health concerns.

2022 Recipients of the Order of PEI Medal of Merit 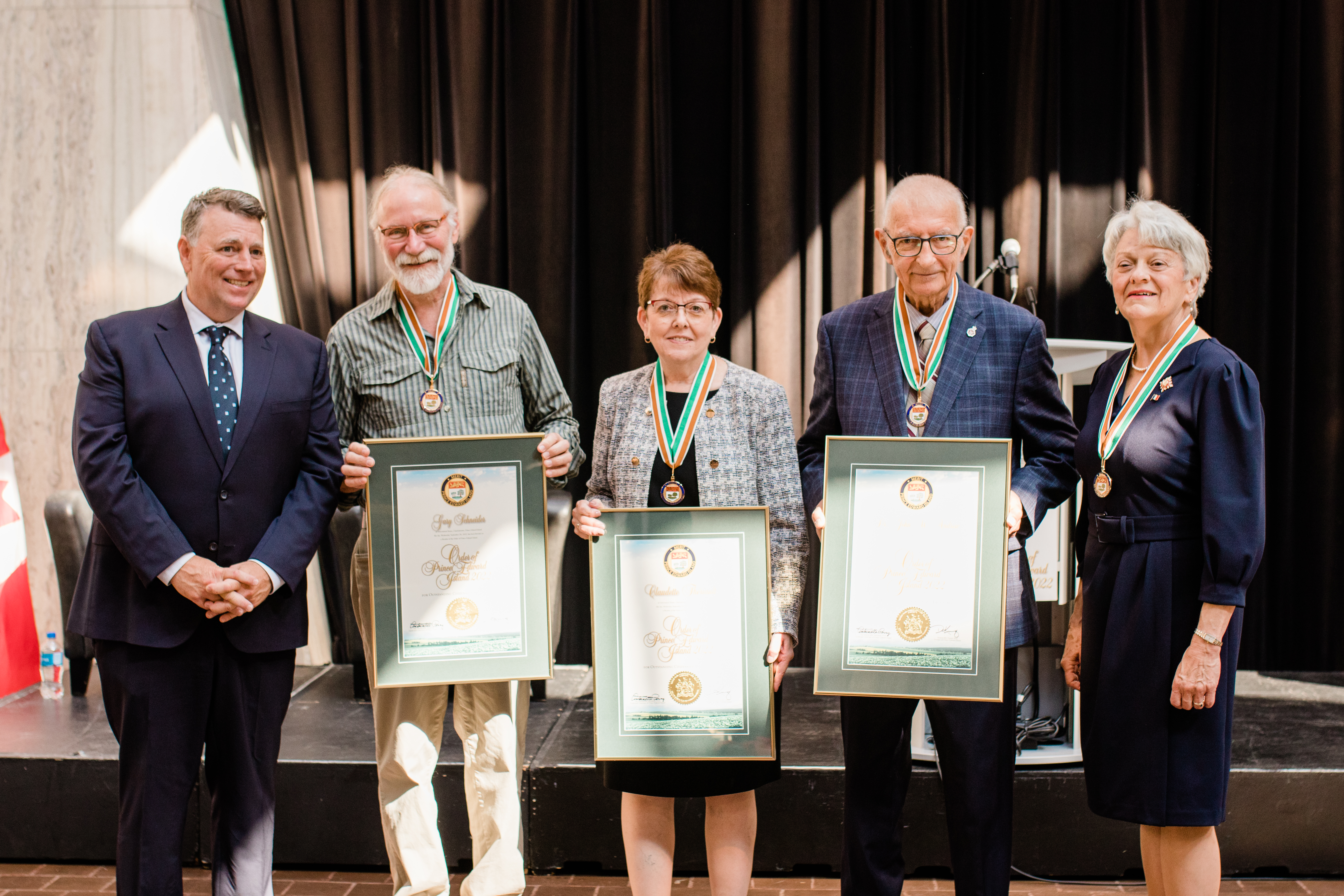 The three Islanders selected to receive the honour are:

These three individuals were selected from a total of 38 Islanders nominated to receive the award this year, and received the insignia of the order in a ceremony at the Confederation Centre of the Arts, Memorial Hall on Wednesday, October 5.